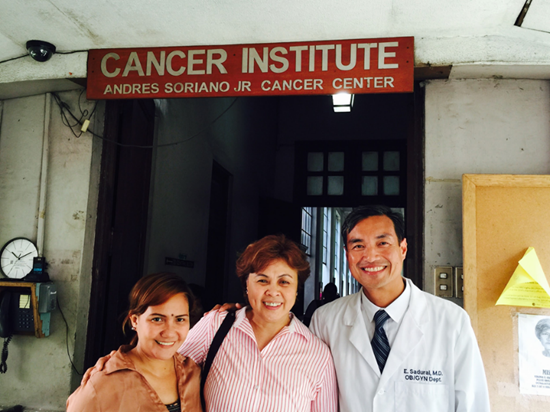 A Very Special Spirit & Recipient of the Nurses With Global Impact Award: We Honor Leonora P. Gonzales, Who Lifted Others Up Throughout Her Life

Leonora P. Gonzales (Candy, as she was always fondly called by her friends and family) completed her Bachelor of Science in Nursing at Iloilo Doctors’ College in March 1998 and passed the Nursing Licensure Examination in November of the same year.

She was also an active member of the Barangay Neighborhood Council in her village choosing to spearhead the Health Development Team in her public service. Blesses with a charismatic personality and boundless energy, she never hesitated to extend help to those people who needed it most.

In October of 2002, the Family Planning Organization of the Philippines became her new working environment. As a Senior Nurse and Chapter Field Educator, she supervised the entire nursing staff, designated their assignments, and conducted skills trainings and lectures.

She also took her professional career to a whole other level by passing the Midwifery Licensure Examination in 2010. Candy continued to share her knowledge and skills by educating future nurses and midwives when she became a Clinical Instructor at her very own alma mater. She spent eight years teaching and nurturing her students, especially those closest to her, by acting as their second mother. Hence, earning the beloved title of ‘Mommy Candy.’

In 2013, she trained in Visual Inspection under Acetic Acid (VIA) & Cryotherapy in Metro Manila and was called to serve the beneficiaries of the first-ever Cervical Cancer Prevention and Awareness Program (CECAP) in Iloilo City, Philippines. This CECAP unit is one of the major programs of The Marian Rose World Mission in partnership with the LIG Global Foundation officially launched in January 2014 at St. Paul’s Hospital in Iloilo City and later extended to a mobile platform. As the sole nurse provider, she helped over 2,000 Philippian women through counseling, screening and treatment at CECAP. She was the heart and soul of this program with only episodic help from US volunteers during medical missions.

Always known for her smile, compassionate care and passion for the underserved women in her clinic, she never stopped caring for others even while she, herself, was fighting a battle with endometrial cancer. She continued to serve in the mobile clinic throughout her treatment. Six months ago, after evaluation of a persistent cough, she was diagnosed with metastatic cancer. Instead of retreating, she volunteered with the annual medical mission held by the Marian Rose World Mission in January, 2017. Always keeping her patients and medical colleagues as her priorities, she never mentioned her illness to the other volunteers and taught VIA skills to many more healthcare volunteers from the US. 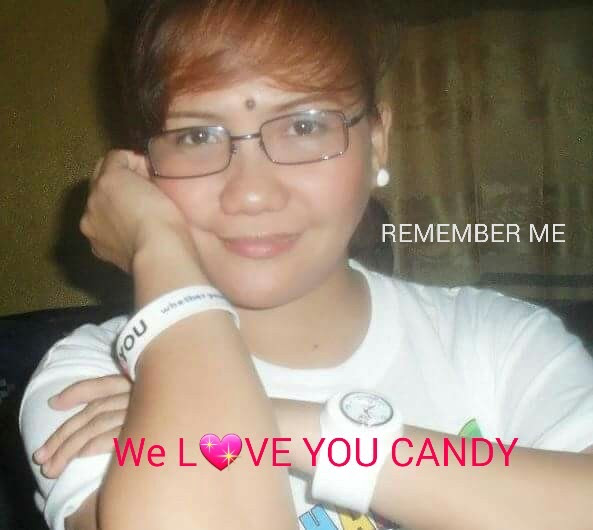 Sadly, she succumbed to her cancer and died peacefully on April 11, 2017 at the age of 41. Candy will always be remembered and held dear in the center of our hearts. It is our honor to present this award posthumously as a testament to the humanistic nursing ideals she lived by and in appreciation of her life’s service to those most vulnerable among us. It is with great love we honor Candy’s life and good works that touched so many of her friends, family, colleagues and patients in her short but amazing life.