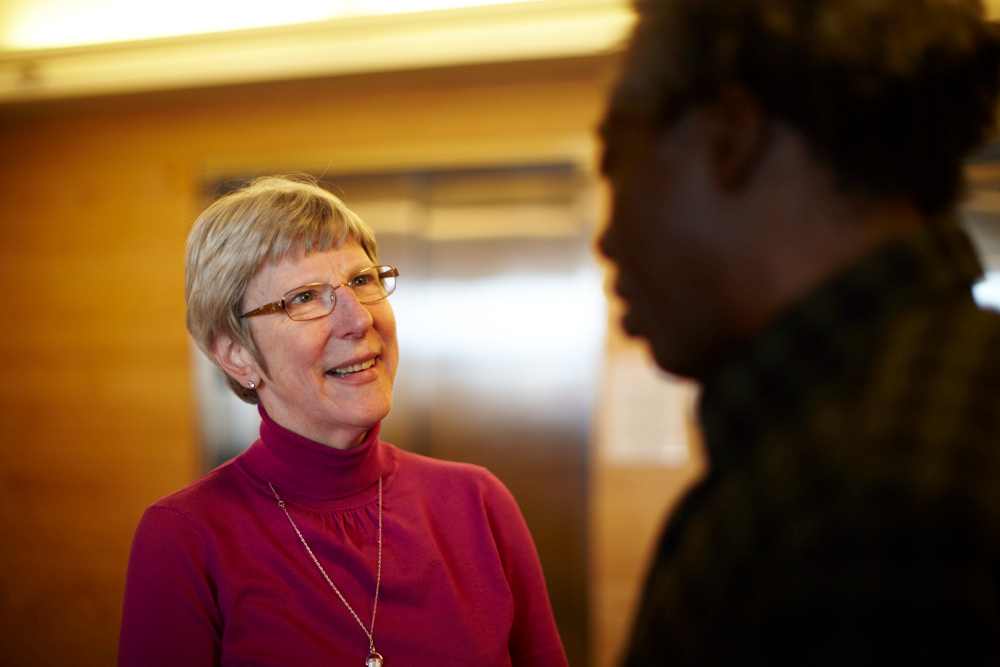 I shared Cheryl’s story earlier this year on the Nurses With Global Impact blog, and am sharing it again upon the occasion of Cheryl being named one of the first recipients of our award, which was given on International Nurses Day at the United Nations.

Cheryl joined Boston Health Care for the Homeless Program (BHCHP) in 1997, after obtaining her nursing degree as part of a mid-life career change. For twenty years, she has worked as a nurse at various program sites, including the Barbara McInnis House, the Family Team, and the Street Team. During her tenure, Cheryl has delivered nursing care on our city’s streets, in alley ways, soup kitchens, and other non-traditional settings. Being a nurse and working with men and women who are extremely vulnerable and living on the fringe of society is what gives Cheryl a fire in her belly and nurtures her soul. 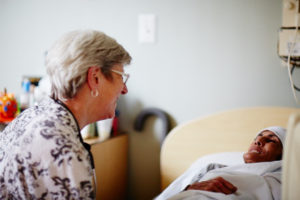 In 1999, Cheryl was named the Director of BHCHP’s first development department. As Director, she guided efforts to supplement BHCHP’s federal and state funding with philanthropic streams of revenue by managing a variety of fundraising initiatives. Under Cheryl’s leadership, BHCHP’s Development Department had successfully acquired a diverse portfolio of giving and significantly grown revenue for program support, raising over $1,000,000 in fiscal year 2011, her final year serving as Development Director.

8 In her role as Development Director, Cheryl was charged with leading BHCHP’s first-ever capital campaign, a monumental effort that transformed BHCHP’s operations and integrated the program’s core services under one roof for the first time. In collaboration with Linda O’Connor, the Capital Campaign Director, Cheryl reached the $42 million dollar goal in three years, as the economy was on the brink of an historic recession. The project was completed debt free and included a $5 million facility endowment. 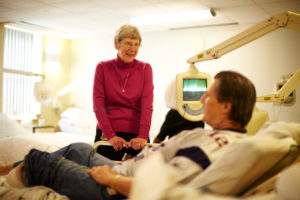 As someone who has always been drawn to people who need help, Cheryl returned to her nursing roots, serving as Director of Nursing for Barbara McInnis House for 5 years. She led in the creation of a palliative care program, including the provision of end-of-life care for patients facing terminal diagnoses who have no other source of care and comfort in their final days. She is committed to mentoring and nurturing the next generation of nurses, particularly those who are driven to care for marginalized and underserved populations.

Currently, she is caring for men and women who are sedated and overdosing from opiate use in an innovative setting that is drug free but provides a space so that people don’t die on the streets.

Cheryl has also held numerous roles as a committed volunteer at St. Francis House Day Shelter, University of Massachusetts and Regis College’s Campus Ministry Departments, Augusta Correctional and Medical Institute, and the Pine Street Inn. She also organized and participated on a team of providers who traveled to Haiti to provide medical care in the aftermath of the 2010 earthquake.

I couldn’t be prouder to call Cheryl a great friend and great example of the potential of nurses to make a huge difference in the world! Please join me in congratulating and thanking Cheryl, and supporting her efforts going forward.